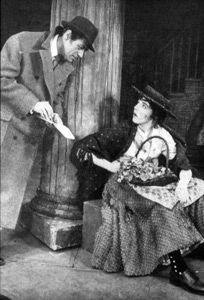 From its very first season in 1914, the Shubert Theatre has been a performing arts center presenting plays, musicals, opera, dance, classical music recitals and concerts, vaudeville, jazz artists, big bands, burlesque, and a variety of solo performances. It has played host to over 600 pre-Broadway tryouts, including over 300 world premieres and 50 American premieres. The totals are double that of any theater in New York City, Boston, Philadelphia, or Washington.

Watch a video of the Shubert Theatre's amazing history. 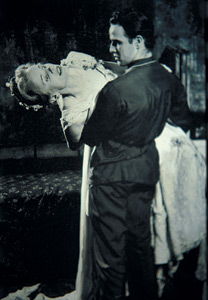 In addition to onstage productions, the Shubert Theater has comprehensive education and outreach programs for youth through onsite school visits, summer camps, and internship/training programs. It also provides free tickets to non-profit organizations through its CAPA Community Connections program. For their clients who are going through life-challenging ordeals, the tickets offer the respite of a special evening out. In these ways the Shubert is fulfilling its mission to make the best of the performing arts available to everyone.

Two years after opening their first Shubert Theatre in New York City, the Shubert Brothers built a theatre in New Haven, CT. The playhouse was named the Sam S. Shubert Theatre by Lee and J.J. Shubert for their brother, the founder of the Shubert organization, who died in a train accident in 1905. Designed by New York architect, Albert Swazey, the theater was built by the H. E. Murdock construction company of New Haven. The Shubert Theatre opened on Friday evening, December 11, 1914 with The Belle of Bond Street. One of the highlights of the evening had comedian Sam Bernard, one of the greatest stars of the time, singing Who Paid the Rent for Mrs. Rip Van Winkle When Rip Van Winkle Was Away?” Seats for the opening engagement were priced from 25 cents to $1.50.

Local newspaper critics enjoyed the show, which had already played on Broadway, but they were more impressed with the much needed “beautiful, ultra-modern playhouse... which New Haven people can refer to with justifiable pride.” Their sentiments were echoed by the greatest stars, producers, and writers of the theater world, who soon elected the Shubert Theatre and New Haven as their favorite place to try out shows before opening them on Broadway. There were many reasons for the choice: the beauty and efficiency of the theatre, the city’s proximity to New York, the avid support that area residents gave to the theater, and many other bonuses, ranging from Yale University to the marvelous array of shops and restaurants in downtown New Haven.

Among the first great shows to world premiere on the Shubert stage was Robinson Crusoe, Jr. in 1916. It starred Al Jolson, who would be dubbed “The World’s Greatest Entertainer.” He was followed through by some of the 1920s and 1930s’ biggest stars including Ethel, John, and Lionel Barrymore; Will Rogers; W.C. Fields; Marie Dressler; George M. Cohan; Sara Bernhardt; Eddie Cantor; The Marx Brothers; Alfred Lunt; and Lynn Fontanne. They appeared in such hits such as The Desert Song, Of Thee I Sing, Blithe Spirit, Room Service, Dead End, The Children’s Hour, Street Scene, Seventh Heaven, A Connecticut Yankee, The Barretts of Wimpole Street, and Sherlock Holmes.

The Shubert brothers ran the theatre from 1914 through the 1940-41 season, establishing the pattern of try-outs.

In the fall of 1941, Maurice H. Bailey took over the theatre and for the next 35 years continued to enhance the Shubert’s enviable reputation as a preeminent house. Under his stewardship the theater became known as "The Birthplace of the Nation’s Greatest Hits" for the number of long-run productions that first came to life on the Shubert stage.

Fewer shows toured during the forties because of the war, but in 1943, New Haven audiences went wild over an unlikely musical comedy about cowboys entitled Away We Go. Before the show opened on Broadway, it was renamed Oklahoma! The show’s composer, Richard Rogers, loved the Shubert and New Haven; eleven of his shows, including Carousel, South Pacific, The King and I, and The Sound of Music, had their world premieres here.

Tennessee Williams’ play, A Streetcar Named Desire, had its premiere at the Shubert in 1947. Not only was a great play born on opening night, but a new star, Marlon Brando, emerged. Half of the New York theatrical community vied with New Haven residents for seats to the engagement. Other cast members included Jessica Tandy, Karl Malden, and Kim Hunter. 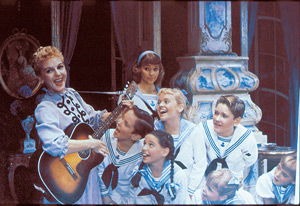 The 1950s and 1960s were exciting days in the Shubert’s annals with premieres of The Cain Mutiny Court Martial starring Henry Fonda and Lloyd Nolan, Teahouse of the August Moon with John Forsythe and David Wayne, The Desperate Hours with Paul Newman and Karl Malden, My Fair Lady with Rex Harrison and Julie Andrews, Call Me Madam with Ethel Merman, Dylan with Alec Guinness, and Eugene O’Neill’s Long Day’s Journey into Night with Frederic March and Jason Robards, Jr.

A shadow hovered over the Shubert as it struggled financially in the ensuing years. It was forced to close in 1976 and was threatened with destruction. Through the efforts of many, over a period of seven years, the theater was saved. The interior of the theater was lovingly and handsomely restored with particular care and attention given to historical accuracy. Ivory, ecru and gold leaf (the original 1914 colors) were used in refurbishing the auditorium. The old Adams Hotel on College Street was leveled to provide an expansive new theater lobby and plaza. The architect was Robert Wendler; the Fusco Corporation was responsible for the restoration and new construction.

The Shubert re-opened in December 1983 under new ownership of the City of New Haven. From its original mission as a Broadway tryout house, the theater has evolved into a not-for-profit community resource that serves as the heartbeat of the region’s cultural life.

Since that time the theater has been successfully managed while expanding community programming and services. On December 11, 2013, heartened by the success of both management and community impact, the City of New Haven transferred ownership and operation of theater to the Columbus Association for the Performing Arts. With this transfer, the City was confident the CAPA Board and Staff would continue to grow the vital resources this legendary theater provides to the community both economically and socially. Today the Shubert is the heart of a thriving downtown neighborhood bristling with alluring restaurants, cafes, shops, and museums.

Since then the Shubert has reclaimed its legacy by once again presenting world premieres and pre-Broadway shows. The 1995-96 included the pre-Broadway engagement of Frank Wildhorn’s Jekyll & Hyde, starring Linda Eder, who went on to star in the show’s Broadway production; and in 1997 playwright Neil Simon attended his eighth pre-Broadway tryout at the Shubert, during the run of Proposals. Stepping into the 21st century, the Shubert hosted the world premieres of Frank Wildhorn’s The Civil War, the Native American dance musical, SPIRIT, and The Adventures of Tom Sawyer. The 2003-2004 was highlighted by the American Premiere of Sir Peter Hall’s production of William Shakespeare’s romantic comedy, As You Like It, and the American Premiere of Ireland’s famed Abbey Theatre’s newest production of The Playboy of the Western World. 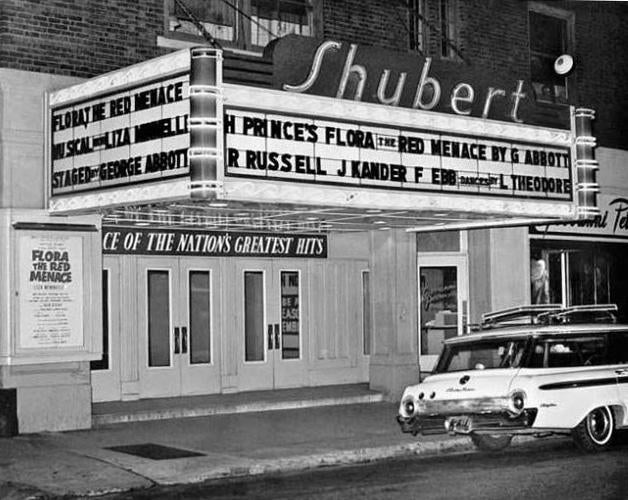